Cut Down on Plastic Waste with a POU Water Filter

As we mentioned in our previous article on the plastic waste crisis, plastic bottles really are at the heart of this environmental problem. In previous years plastic bottle sales have swelled to a staggering 480 billion worldwide – that’s one million sold a minute, every minute. Despite increasing public awareness of the issues, plastic bottle production is actually predicted increase by 20% by 2021.

Plastic bottles have a variety of harmful effects on the environment, so let’s start with how they are produced. The production of a single bottle of water requires 7 litres of water in its production as well as the natural gas, crude oil, ink and paper for packaging, not to mention the fossil fuels used for transporting these products around the world.

However, it’s after their initial use that the problems really start. According to a recent UK government report, only around 57% of plastic bottles are currently being recycled, which means that an incredible 15 million plastic bottles are littered, landfilled or incinerated in this country every day. 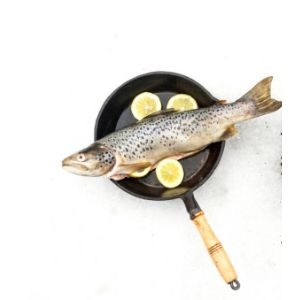 With plastic bottles taking a staggering 450 – 1000 years to degrade, landfill sites are overflowing, with much of this waste ending up in the sea. This is having an extremely damaging effect on marine life, with all shapes and sizes of marine life ingesting plastic. Plastics are consumed by tiny plankton which inadvertently feed on microplastics, right up to large marine life such as whales– with a recent study finding that 100% of all whales, dolphins and seals found in UK waters had ingested plastic.

And, of course, this plastic will often find its way back to our plates, usually via seafood we consume that contains microplastics.So, what can be done to cut down on the number of plastic bottles we use, and what part can a POU water filter play in all of this?

One way we can all make a difference is to cut down on our use of disposable plastic bottles, particularly bottled water. Approximately 50% of the 480 billion plastic bottles a year we mentioned previously are made specifically for the bottled water industry, showing this is a huge part of the problem.

The UK’s municipal water supply is among the best in the world and, with both public and private institutions legally obliged to provide free tap water to drink, it should be easy to refill a water bottle rather than buy a plastic water bottle. It’s often the case that people feel rude about asking for drinking water, especially if they haven’t purchased anything, but it’s clear this mindset needs to change.

Aqua Cure have also been involved in increasing the possibilities for obtaining free drinking water - supplying water filters for a high-street chain that is trialling drinking taps for its retail stores.By refilling a water bottle wherever possible, we can greatly reduce the amount of plastic waste we dispose of.

Despite what we do as individuals, it’s the government who have the power to make a real sea change in how we use plastic bottles. There have been various plastic taxes proposed, although nothing as yet has come in to force. 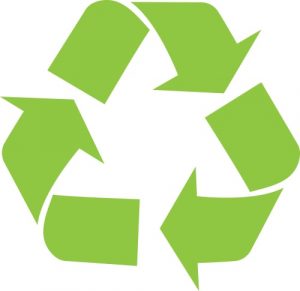 These large-scale changes don’t just need to be made on a government level. This year, Glastonbury music festival announced a ban on single-use plastic bottles, leading to a reduction in over 1 million bottles being thrown away.

It’s clear that certain incentives – such as organisations limiting or banning single-use plastics – alongside a tax or deposit scheme would make people think twice about their use of disposable plastic bottles.

What is Point of Use Filtration and How Can it Help Reduce Plastic Waste? 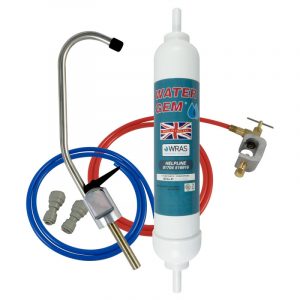 Point-of-use (POU) water filtration describes the use of a water filter either directly on a mains water supply or inbuilt in a water cooler. By helping to reduce chlorine amongst other chemicals and impurities, a water filter can improve the taste, smell and appearance of mains supply drinking water.

To test the environmental impact of one POU filter against drinking bottled water, we analysed the waste produced by using a water filter on a point-of-use cooler system compared to the same amount of drinking water provided by bottled water.

We used a Hydro+ filter for this experiment, which has a capacity of around 6,500 litres before the carbon filter needs to be replaced. Taking this figure into account, one water filter provides the equivalent amount of drinking water of 13,000 0.5L plastic water bottles – a truly remarkable number! These plastic bottles weigh an average of 12 grams, meaning 13,000 of them results in 156 kg of plastic waste saved.

That said, the Hydro+ filter still contains some plastic, but with a comparatively tiny amount of 141 grams, the net saving on plastic waste is still extremely large. There are also a number of cost savings to be made, with bottled water costing 2000x as much as tap water and the price of the filter just a fraction of this cost. 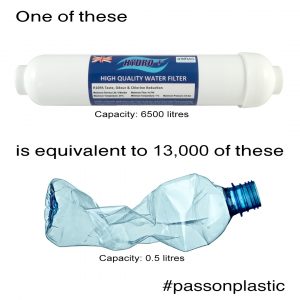 The environmental benefits of using a POU water filter also relate to the fossil fuels and other raw materials needed for the production of bottled water. Using point-of-use filtration means that your water is transported via the existing public water network, with no additional carbon needed to transport the bottled water from where it is produced to where it is sold.

It’s clear that single-use plastic bottles are causing serious environmental issues, both on the marine environment and due to the carbon needed for the production and disposal of these items.

Due to the overwhelming evidence, consumers should be using a refillable water bottle or installing a POU water filter system on their premises.

The actions we make as individual consumers help to raise public awareness and ultimately signal changes needed at a governmental level. So, do your bit for the environment and ban the bottle this year!

How Do Filters Work?

Water filters come in various shapes and sizes depending on the application and contaminant to be removed. Take a deeper look into how water filters work and what they can remove from bad taste and smells to some really nasty bacteria. 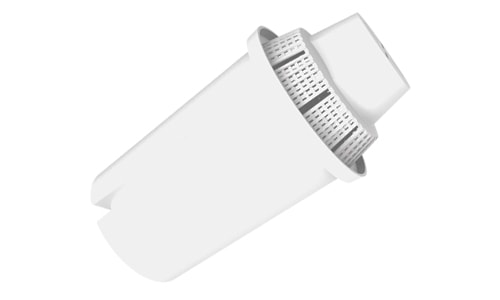 Get clear, clean and fresh tasting water directly from your tap. Get the bottled water taste without the plastic waste with an under sink water filter system to remove bad taste and odour. Easy to install DIY versions also available with Watergem. 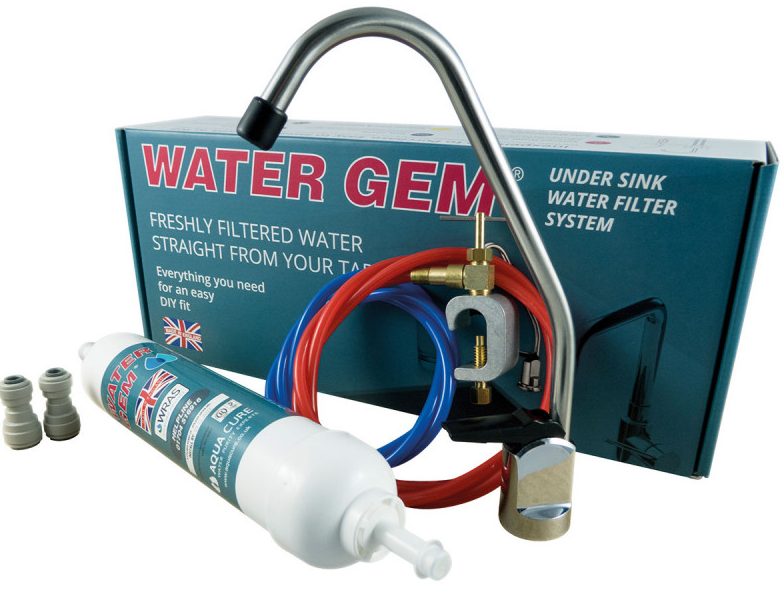