The UK’s municipal water supply is among the best in the world and we all take it for granted that the water coming out of our taps has been treated to a high level. Yet drinking water quality varies greatly by region and impurities can enter your supply even from the individual pipes leading to your home.

We examine what’s really in the tap water we drink every day.

Definitely In Your Water

Chlorine and dissolved minerals are pretty much certain to be in your mains water, albeit in varying levels depending on region. 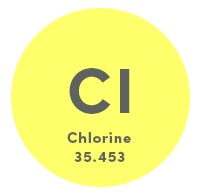 Chlorine is used in the water treatment process to kill harmful bacteria and to keep water germ-free when on its journey to your taps.

While chlorination is a tried and tested method of disinfecting mains water supplies, it can potentially react with certain naturally occurring organic compounds, producing by-products such as chloroform. Regular monitoring of these compounds in municipal water supplies is, however, required by law so the chances of consuming any harmful substances is extremely small.

Whilst the health risks related to chlorine are minimal (and certainly less than the risks posed by inadequate disinfection according to the World Health Organisation) it can impart a strong chemical taste and smell, which can be unpleasant, particularly to those with sensitive palates.

Limescale is the chalky deposit made up of calcium and magnesium carbonate formed when hard water (i.e. water with high dissolved mineral content) is heated. Water hardness varies greatly by region in the UK, with hard water areas seeing greater issues with limescale build up on kettles, coffee machines and taps. Not only does limescale look unsightly but it also affects the efficiency of heating elements in kettles and boilers. The Carbon Trust state that just 1mm of scale will require “a 7% increase in energy input to the boiler to meet the same heat demand”.

Possibly In Your Water

Most water supplies naturally contain fluoride at varying levels depending on the source while lead can also find its way into your water though this depends on the presence of old lead water mains in the supply network.

Fluoride can occur naturally and there are maximum levels allowed in mains water, though in some regions fluoride is added to municipal water supplies. Artificial fluoridation of mains water has long been a controversial issue with both advocates and critics.

Fluoride is medically proven to reduce tooth decay in children and since tooth decay is statistically one of the most widespread chronic diseases in cities, fluoridation schemes have been in place to add it to mains water for around 60 years. As of 2015, around 5.8 million people in England are supplied with artificially fluoridated water.

But even today, it’s controversial with critics arguing that high levels of fluoride can lead to dental and skeletal fluorosis (discolouration and damage to teeth and bones) and apart from some limited extensions of existing schemes, no new mains water fluoridation programs have been approved in the UK in the last 20 years. 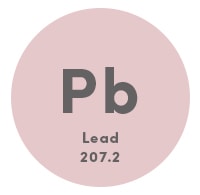 Lead is highly poisonous and may be absorbed into water from old lead piping on its route to your home. Ironically, those in soft water areas are more at risk from lead pollution as limescale build-up inside water mains acts as a barrier between the pipes and the water to protect it from contamination.

In soft water areas where there is a high risk of lead being absorbed from pipework, water companies treat the water with orthophosphate (phosphoric acid) which reduces any lead content.

Plastic microfibres have been found to contaminate 72% of tap water samples in European nations, including the UK. These microfibres are be believed to come from various sources including clothes made of synthetic fabrics, car tyres, paint and microbeads from cosmetics. To give an idea of the scale of microplastics pollution, a fleece jacket can shed as many as 250,000 microfibres in a single wash.

The health risks are still unclear, though microplastics are known to contain and absorb toxic chemicals. Research has also indicated that conditions inside the digestive systems of wild animals could potentially be facilitating the release of those toxins. More research is currently needed to determine the exact effect on human health.

Hopefully Not In Your Water

The following should not show up in your mains water at a concentration high enough to affect you unless something has gone seriously awry during mains water treatment.

In theory, the treated water coming from your supplier should be completely free of harmful viruses or pathogenic bacteria and mains water is routinely tested by law to make sure that none are present.

However, outbreaks of microscopic parasites do occasionally occur. Cryptosporidium, in particular has entered public awareness after outbreaks in Lancashire, Bristol and Ireland which forced residents in the affected areas had to boil their tap water to avoid the diarrhoea and stomach cramps the bug can cause.

Scientists believe that ethinyl estradiol (EE2) a chemical found in the contraceptive pill (a potent form of the female sex hormone oestrogen) is getting into drinking water supplies, though links to reduced male fertility rates have yet to be proven.

One study, carried out by the Environment Agency, showed that estrogenically active substances discharged into the environment had led to the feminization of male fish, causing them to effectively switch genders. Although there is no suggestion that this will affect the human population in the same way, the suggestion that these synthetic hormones are finding their way into drinking water supplies is still a concern. And though water filtration using activated carbon would cut EE2 levels, the debate is still ongoing over whether it’s the water industry or the pharmaceutical industry that should pick up the cost of the clean-up.

Pharmaceutical compounds including anti-depressants and cocaine by-products have been found in UK tap water but only at very tiny concentrations. A risk assessment by Public Health England in 2013 also found caffeine, carbamazepine (an ingredient in epilepsy medication) and the painkillers ibuprofen and naproxen in treated drinking water but these were at levels hundreds of thousands of times below therapeutic doses and thus were “unlikely to present a risk to health”.

In summary, the tap water in the UK is classed as one of the safest and purest water supplies in the world. It is required by law to be fit for human consumption and UK water companies must test mains water for a reassuringly long list of micro-organisms and chemicals. New compounds are occasionally discovered that have slipped through the net, such as when Brunel University found a chemical used in dishwasher detergents in UK tap water in 2011 but these instances are very rare and pale in significance when compared to the very real and damaging impact of bottled water on the environment.

So quit worrying and value your pristine tap water - it’s healthy, eco-friendly and cost-effective. Try not to lose sight of the fact that in the UK, we’re the lucky ones - 1 in 9 people globally (11% of the world’s population) don’t have access to safe water.