The plastic waste crisis has seen increased publicity over the last twelve months, with greater public awareness leading to calls for stronger government 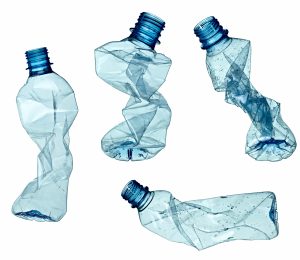 action on reducing the amount of plastic waste produced in the UK.

We will look at the scale of the problem and what you can do personally to try and reduce the amount of single-use plastic you consume on a daily basis.

So how bad is it?

Unfortunately, a lot worse than we first thought. As recently reported by Sky News, the majority of the UK’s plastic is recorded as recycled when exported, when the truth is we have little knowledge of whether the countries that buy it from us are actually recycling it.

China used to be the biggest importer of the UK’s waste plastic, but issued a ban as it became less economically viable. This has led to the UK’s exports shifting to developing countries in South East Asia such as Malaysia, whose limited recycling infrastructure means that large amounts of the waste is ending up in landfill or even being burnt at sea.

Taking into account this revelation, the UK’s most recently recorded national recycling rate of 45% is even more shocking and shows that urgent action needs to be taken to reduce our reliance on single-use plastic.

Unrecycled plastics and microplastics are a major concern for our entire eco-system, with the oceans particularly at risk. It is predicted that by 2050, the oceans could contain more plastic than fish. As well as the directly harmful effects of marine life ingesting plastics and microplastics, there is also the knock-on effect as these elements work their way up to food chain, ultimately back on the dinner plates of the species which created the waste in the first place…. 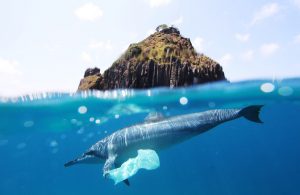 What Can Be Done?

As individuals concerned about levels of waste plastic in the environment it can feel overwhelming due to the sheer scale of the problem. Ultimately though, all large-scale changes in society start with the individual so the more you can do personally and to influence others, the greater your affect can be.

As mentioned earlier, due to the difficulties in determining whether or not plastic is actually being recycled abroad, simply putting your plastic waste in the right bin isn’t always the answer – the best solution being to avoid purchasing single-use plastics in the first place.

The simple things can make all the difference: ensure you have a reusable water bottle and coffee cup with you where possible and make a conscious effort to avoid products with unnecessary packaging. Buy from supermarkets which have pledged to reduced unnecessary packaging and look into which plastic household items can be switched for recyclable or reusable items.

For those of you who feel particularly committed to the cause, there are a range of coastal clean up events picking up plastic waste held throughout the country. Take a look at the National Trust’s list of beach cleaning events to find one on a beach near you. 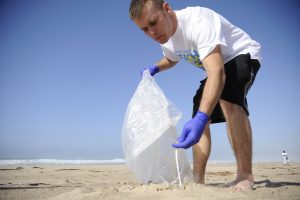 If you work in an office environment where many employees drink from single-use plastic bottles, consider asking management to install a POU water filter system to provide workers with filtered water which many will find more appetising than regular tap water.

Although these changes can seem insignificant, ultimately you have to do whatever’s in your power to make a difference. At the very least it should help your own conscience!

Although the day-to-day actions of individuals reducing plastic waste is important, to affect the greatest amount of difference, the change needs to be made at a governmental level. The introduction of a 5p plastic bag levy in the UK has been attributed to an annual reduction of 6 billion plastic bags being produced, showing how a simple change can greatly reduce the amount of single-use plastic made and ultimately dispose of.

A similar tax on all single-use plastics (including packaging and take-away cartons) for businesses has been proposed and is coming into force in a few years. This new tax will be introduced in 2022 for businesses that produce or import plastic packaging which uses insufficient recycled content, meaning single-use plastic will become less economically viable working greatly in favour of recycled packaging.

These initiatives by the government are a key step to reducing the amount of plastic on a national level, and the more individual members of the public lobby the government on these issues, the faster and more wide-reaching these changes will be.

Despite these advanced across several areas of government policy, there are several instances where legislation is not effective against plastic wastage.

This is particularly evident in the coffee industry, with 99.75% of coffee cups never being recycled due to mix of plastic in their inner lining. Despite the billions of coffee cups going into landfill each year, much of the legislation doesn’t actually incentivise cafés to make their cups recyclable, meaning it is up to the individual consumer to choose to bring in their own reusable cup or flask.

People awareness is growing to the threat of plastic waste, with shocking images such as the great Pacific garbage patch – a collection of floating plastic in the Pacific Ocean three times the size of France – making us more conscious of where exactly the plastic we use every day ultimately ends up.

Whilst it may seem inconsequential, small measures like using reusable water bottles and coffee cups helps to reduce your individual footprint and is ultimately the first step in wider societal change. Being conscious of how we deal with plastic waste as an individual is therefore extremely important as it sends a message to on governments to enact change on a larger scale.