What is the Best Water for Brewing Coffee or Espresso?

Besides the coffee beans you choose to brew with, water is the most important element that goes into any cup of coffee - but what makes a truly beautiful tasting coffee? 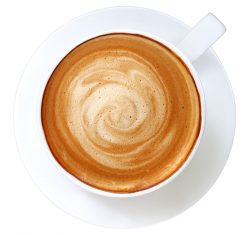 In the increasingly refined world of speciality coffee, a lot of interest is given to how coffee beans from different parts of the world taste as well as how the roast, grind and brew affect the flavour. But there is one element that often gets overlooked when trying to achieve a genuinely great cup of coffee: water!

Now the uninitiated might assume that the purer the water, the better a resulting cup of coffee will taste. It’s become clear as the result of some comprehensive studies however that the presence of certain hard minerals such as calcium and magnesium not only helps the extraction of flavour from the ground coffee bean but that different minerals affect the flavour of the resulting drink in different ways.

Tailoring the feedwater to vary the amounts of hard minerals is tricky as the same hard minerals are also responsible for limescale, that hard flaky, chalky substance that is left behind inside kettles and boilers when you heat hard water. Limescale is obviously damaging to equipment and can also negatively affect its efficiency - limescale is a poor conductor meaning that a scaled up heating element will require more energy to heat the same volume of water.

With scaled up equipment the penalty for using feedwater that’s too hard, and flat, lifeless coffee the result of using water that’s too soft, it’s clear that balance is the key to achieving best results without ruining your equipment in the quest for perfect coffee.

UK mains water generally contains several different types of dissolved minerals but these vary dramatically in type and quantity depending on your geographical area. In our experience at Aqua Cure we’ve seen water types varying widely over quite small distances so if you’re in any doubt, either call us (we’ve built up quite a clear picture over the years of which postcodes have hard or soft water) or look on our website for a test kit or tds meter to help analyse your water.

TDS stands for ‘total dissolved solids’ and this includes the hard minerals dissolved in your water. It’s measured in ppm (parts per million) with 50 ppm generally being considered soft water and 180 ppm hard water. To put this into perspective, the Speciality Coffee Association of America recommends 150 mg/l (the same as 150 ppm) as a target TDS level for brewing water, though it also suggests that 75 – 250 mg/l is an “acceptable range”.

So you now know how much TDS is good and how to measure it. As mentioned earlier however, it’s not just the quantities of dissolved minerals that affect your coffee, the exact types of hard minerals have different effects of the flavour of brewed coffee. The sort of positive ions found in hard water (known as ‘cations’) have been found by one study for the Journal of Agricultural Food Chemistry to have a beneficial effect on the flavour of coffee. 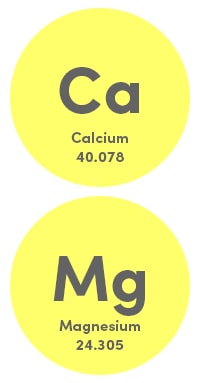 Calcium and magnesium are commonly found dissolved in UK mains water with calcium being the more abundant but also one of the main causes of limescale issues. Both calcium and magnesium have been claimed to be better at extracting coffee flavour. The above study found that “high magnesium ion levels increase the extraction of coffee into water and improve the taste” while there is some circumstantial evidence from the beer industry that magnesium salts can add an unwanted astringent bitterness. Generally we’d recommend that a good cup of coffee needs quantities of both these hardness minerals for optimum extraction of flavour. 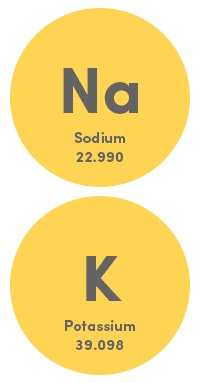 Sodium is usually found in tap water in higher levels than potassium. At low levels these minerals can add sweetness to a coffee’s flavour, though sodium is a component of salt, so obviously too much will be detrimental. Salty coffee… yummy!

Sodium chloride can also apparently cause coffee grounds to swell which affects extraction times. With too much salt being harmful, the amount of sodium in European drinking water is limited to 200 mg/l while the Speciality Coffee Association of America recommends as little as 10 mg/l of sodium in its brewing standards. 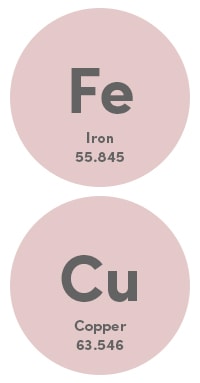 Iron and copper can leach into mains water from old pipes and water mains and even in small amounts they can cause a metallic taste in coffee. Both are best filtered out.

Alkalinity ions affect the pH of your feedwater and can also combine with other dissolved contaminants to form scale. To reference the study by our friends at the Journal of Agricultural Food Chemistry again, they specifically found that “high bicarbonate levels were bad for flavour”.

While sodium chloride (or salt as it’s more commonly known) can obviously ruin your coffee, chlorides on their own also have a detrimental effect on stainless steel and at high levels can actually break down the protective coating causing pitting and corrosion. In small amounts, chlorides are reported to contribute a slight sweetness to coffee though it’s probably not worth risking your best stainless steel coffee machine to test this.

Sulphates in your feed water are probably trouble. Not only are sulphates reported to accentuate bitterness in brewed coffee but when combined with calcium to form calcium sulphate, they can cause hard white scale to form inside your equipment.

pH is the measure of the acidity / alkalinity of your water: the lower the pH the more acidic your water and the higher the pH, the more alkaline. The scale runs from 1 to 14 with 7 being completely neutral. Though your water should be completely neutral according to the Speciality Coffee Association of America, pH between 6.5 and 7.5 is acceptable.

So how best to obtain this perfect water for coffee? Water that’s not too high, nor too low in minerals, isn’t afflicted with chlorine or sediment and has a balanced pH?

Some sources recommend bottled water but I’m sure you’ll agree that could get pretty pricey, pretty quickly. Besides, bottled water generally tends toward either very high mineral content or very low mineral content with few brands giving the intermediate hardness levels found in most municipal water supplies. Bottled water is also a carbon intensive way of getting your water: water is heavy stuff and transporting it inevitably increases your carbon footprint. There’s also the waste plastic generated by all those bottles so if you value your green credentials, bottled water is out.

Treating the water yourself gives you the advantage of being able to specify the exact type of water treatment that best suits your feed water. From comparatively simple carbon filters to reduce chlorine and sediment to filters specifically designed to reduce chlorides and sulphates for areas where these appear in excessive amounts - there are as many solutions as there are water types. 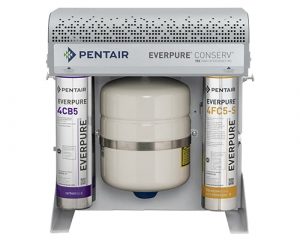 The absolute crème de la crème of water treatment systems in coffee applications currently has to be reverse osmosis (R.O.). Traditional reverse osmosis systems use an extremely fine membrane to basically strip everything out of the water, leaving you with no hard minerals at all. However some new R.O. systems designed especially for the coffee market feature special blending valves allowing you to blend a variable amount of water that has bypassed the R.O. membrane back into your feed water giving you total control over the exact mineral content. Perfect! But what about scale I hear you ask, won’t boiling water with calcium still in it scale up my equipment? That’s all been considered, the water that bypasses the membrane is still passed through a carbon filter to reduce chlorine and a scale inhibitor filter to ensure that your equipment won’t become scaled up. Sorted! These systems have now become so well regarded that some speciality coffee roasters now require their wholesale customers to use them in hard water areas.

So there you have it. The best water for brewing coffee or espresso? Probably reverse osmosis water but it depends on what’s in your water in the first place so always get your water tested first. You won’t know the best way to treat your water until you find out what’s already in it. 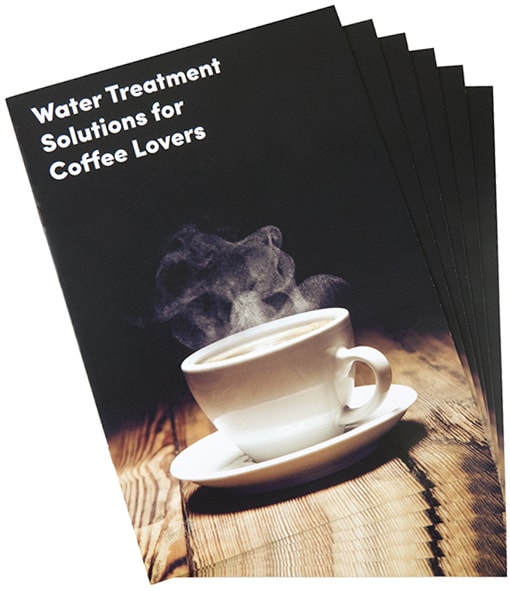 Equipment to Make the Perfect Coffee

Better water means a better taste. making coffee is a science that can be adapted and perfected - view our range of perfecting products 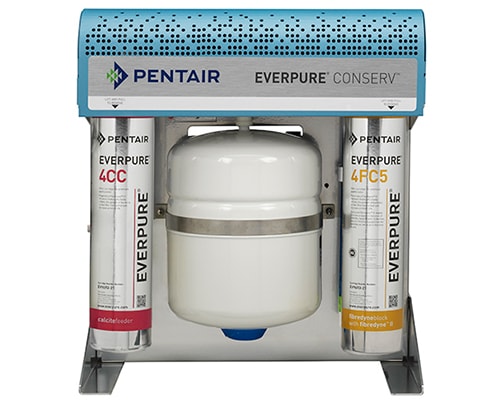