Grease traps are one of the most popular FOG (fats, oils and grease) management solutions, with passive (manual) and automatic traps being the most popular options for commercial kitchen operators looking to prevent grease related issues.

They both do essentially the same job of separating FOG from wastewater though at a glance, automatic grease traps seem very expensive compared to manual grease traps, there are more factors to consider than just the initial cost of the unit.

This article will compare the two system types, explaining the main differences and the pros and cons of each system so you can make an informed buying decision and select the right system for your requirements.

Firstly, lets cover what each system does so you can understand what to expect from each type of unit. 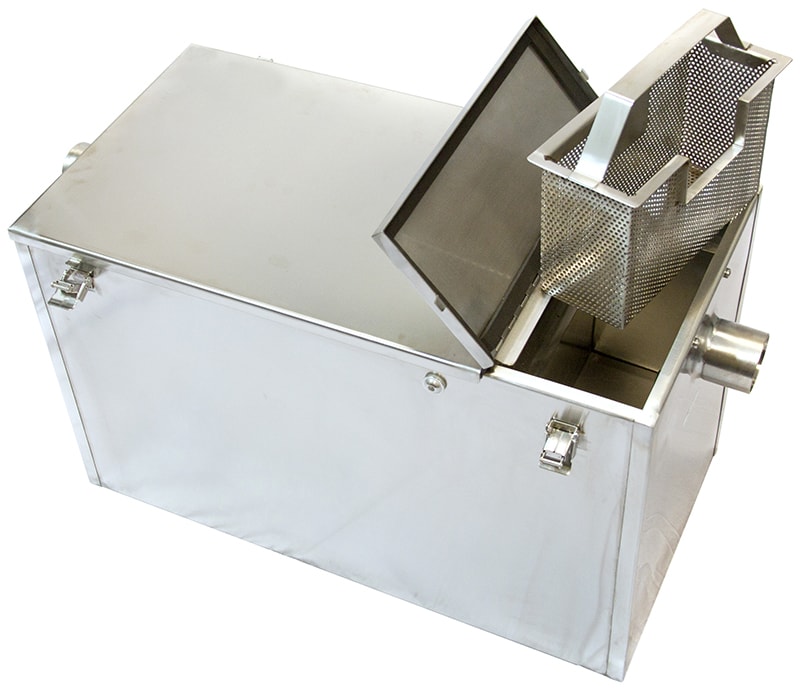 Traditional passive grease traps simply slow the flow of wastewater to allow it to cool and separate into 3 layers; FOG, solids and clear water. The FOG forms a “grease mat” at the top of the unit and solids either accumulate at the bottom of the unit or collect inside a strainer which is located just after the inlet. The clear water escapes via the outlet. 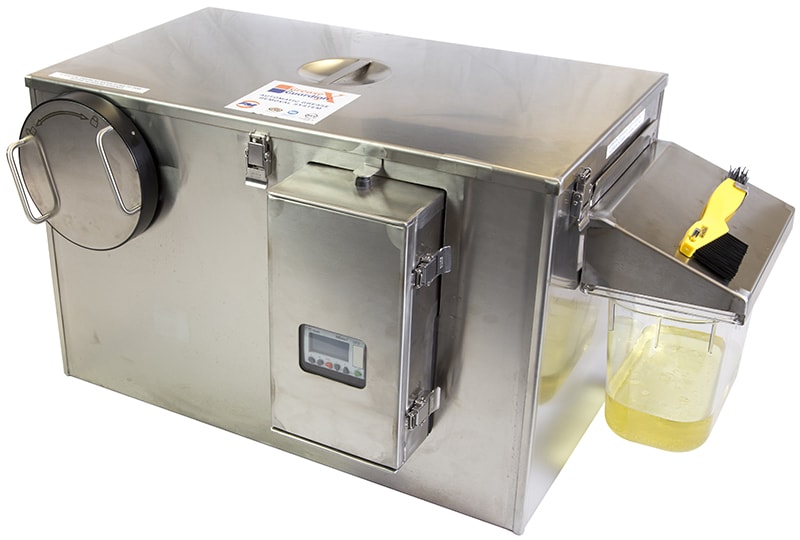 Automatic systems, also known as AGRU’s (automatic grease removal units), perform many of the same operations as a manual grease trap. Much like a manual system the flow of wastewater is slowed to allow it to cool and separate though automatic systems almost always feature the addition of a removable strainer basket for solids collection. This means the wastewater inside the unit will mainly contain FOG with only small amounts of solid waste escaping the strainer and settling at the bottom of the unit.

The similarities between the automatic and passive models stop once the FOG separates and rises to the top inside the unit. Rather than letting the FOG form a “grease mat”, automatic system re-heat and skim out the FOG automatically on a programmed schedule. The skimmed FOG is then transferred into a collector bin for easy removal and recycling.

For a more detailed insight on exactly how grease traps work, check out our article What is a Grease Trap & How Do They Work?

So now you know what each system does, lets delve into some comparison between the 2 systems, which may help with your buying decision. The 4 main area’s covered are:

For this reason, manual grease traps are less efficient than automatic ones as the grease accumulates inside them until its either pumped out or emptied manually. As automatic traps skim and remove FOG on a scheduled basis, grease doesn’t build-up inside the unit meaning the system will maintain maximum efficiency and perform at a consistent level.

The graphs below give a visual representation of performance vs kilograms of grease based on 25kg traps connected to equipment producing 2.5kg of grease per day: 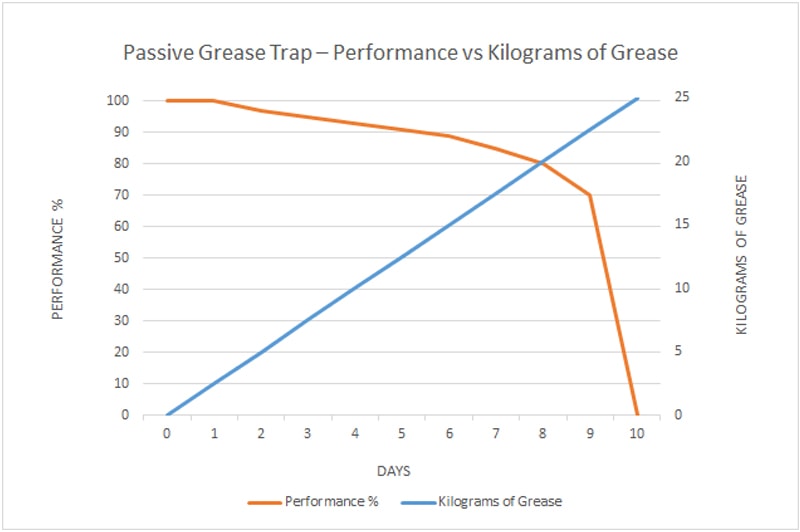 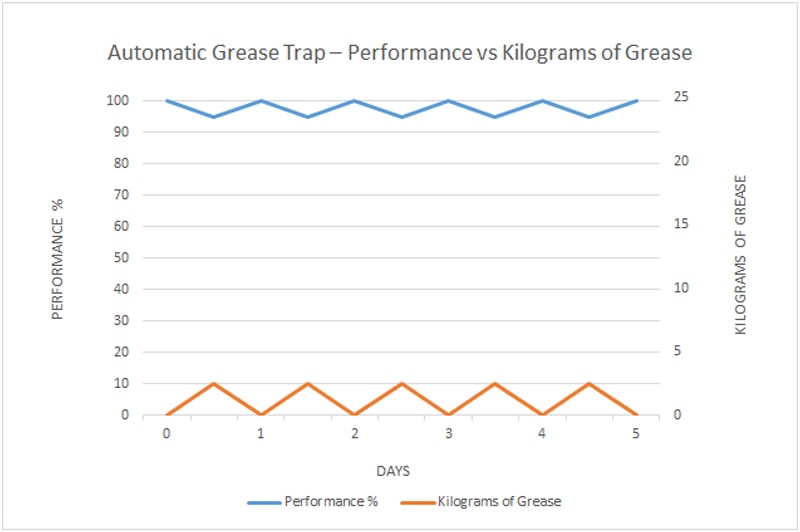 As you can see the overall performance of the manual trap drops quickly once the amount of grease gets to a certain level, while the automatic trap maintains consistent performance.

Both systems are kind to the environment as they help prevent FOG entering the sewerage system but what happens to the recovered and pumped out waste? 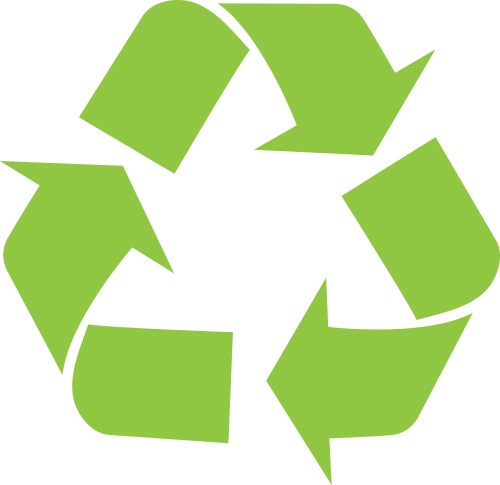 With manual traps, the grease management service company who pump out the trap will dispose of all substances removed from the trap. The grease will often be recycled into biodiesel and any solids will be disposed of in the correct manner, helping to keep our environment clean.

Automatic traps remove grease and deposit it into a container in liquid form. This can then be collected along with other used cooking and waste oil by your relevant service provider. Potentially, if enough is produced, the removed grease from automatic traps can be sold as an additional revenue stream.

So, while both systems are eco-friendly, automatic traps edge ahead due to the potential of adding an extra source of income via selling removed grease.

Purchase price is usually the deciding factor between choosing a manual or automatic grease trap, however there are other costs which need to be considered when buying any type of grease trap. All the costs to consider are: 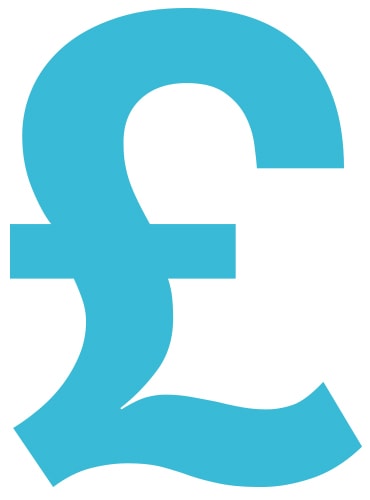 It looks like manual traps come out on top but the final consideration of pump out costs swing the comparison in the favour of automatic grease traps. Manual traps require pumping out every 2-4 weeks at a cost of between £150 and £200, whereas automatic traps only require pumping out every 3-6 months at the same cost. While you can increase the time between pump outs of manual traps to up to 8 weeks by adding a biological grease treatment fluid into the system or “dosing”, this adds to the purchase / install costs and to running costs. So, over the course of 3 years, automatic traps will be much cheaper overall.

Let’s compare 2 similar automatic and manual Grease Guardian grease traps, the GGX15 (automatic) and GT1 (manual), so you can see which one will cost you less over a 3-year period.

The figures below are based on the following:

Evidently, in the first year the GGX15 automatic unit works out more expensive than the manual GT1, mainly due to the high purchase price. However, by the end of year 2, the much higher pump out costs of the manual unit mean the overall cost is higher its automatic counterpart. After 3 years, the cost difference between the 2 units is nearly £3,000 in favour of the automatic GGX15. If you also add potential income from selling recovered oil from the automatic unit, the cost difference increases even more.

If you are in the market for a FOG management solution, check out our great range of grease traps or contact us to discuss your requirements.